Ten years after starting operations, semi-commercial business is a growing factor for Botnia Print in central Finland. So to keep pace with changing requirements, this joint venture between two regional publishing houses has invested in a second Ferag SNT-50 trimming drum and a conversion of its bundling line.

The Botnia Print plant in Kokkola (Swedish: Karleby) was founded as recently as 2010 by two media companies: Keski-Pohjanmaan Kirjapaino Oyj with a 65 percent equity stake, and HSS Media Ab. Both have contributed their own titles – HSS Media with its Vasabladet, Österbottens Tidning and Südösterbotten newspaper brands, KPK with its regional newspaper Keskipohjanmaa and several local titles. Botnia Print now produces a total of around 100,000 daily newspaper copies every night.

Although the joint venture partners’ own publishing houses are still the ones largely responsible for keeping the printing plant busy, business with outside customers has grown steadily and now fills bit more then one third of Botnia Print’s capacity. Those customers come from Finland as well as neighbouring Sweden across the Baltic Sea – the region south of the Kokkola printing site is traditionally bilingual.

That the company’s products include not only newspapers but also local magazines, customer magazines and commercial print products is due primarily to the Koenig & Bauer Cortina waterless newspaper press: it facilitates quality superior to standard coldset printing and indeed is the only one in Finland. Botnia Print currently employs around 35 people and generates sales of around 10 million euros.

At the time the printing plant went up on a greenfield site, it was equipped with two Ferag lines each consisting of a RollSertDrum inserting drum, a RollStream precollecting line with four JetFeeder hoppers, MultiDisc buffering solutions and two MultiStack compensating stackers. Joining those is a wide range of processing capabilities: a Ferag SNT-50 was purchased for three-sided trimming, a StreamStitch stitching unit allows stitched products as well, and a StreamFold line brings capability for producing a third fold.

However, ongoing change in the product portfolio began turning the sole trimming drum into a bottleneck factor. It was a similar story with the PKT bundle dispatch solution downstream of the four compensating stackers: with bundles becoming smaller yet more numerous, existing mailroom capacity was increasingly overstrained. In result, finishing throughput slowed to the point where it could no longer keep pace with printing capacity.

Delivering a second SNT-50 was of course no problem for Ferag. But first, space would have to be created in the mailroom, which over the years had been equipped with ever more machinery. Ferag did finally find a spot where the additional trimming drum could be linked in with the UTR paced conveyor. But to accomplish this, the existing layer palletizer would first have to be repositioned and converted.

Ferag engineers also developed a simple and hence cost-effective bundle dispatch solution: whereas bundles from all four MultiStack compensating stackers were previously steered onto a classic elliptical PKT capable of conveying around 75 bundles per minute, Ferag has now converted this to a figure-of-eight, meaning the plate chain conveyor is already partially emptied when it passes compensating stackers 3 and 4. That made it possible to increase bundle formation capacity by 40 percent – simply with this relatively inexpensive conversion affecting only the channel and chain.

As Hannu Salmi, managing director of Botnia Print Oy Ab, and plant manager Toni Klemola both confirm, the conversion project itself went without a single hitch. Although Botnia Print operates two shifts every day from Monday to Friday, there is only one shift at weekends. The Ferag technicians thus made use of three weekends for the conversion, without affecting production. The second trimming drum has done more than increase flexibility, production reliability and mailroom throughput: according to Hannu Salmi the partial rearrangement of machinery even leaves the impression of more available space than before, despite presence of an additional module. 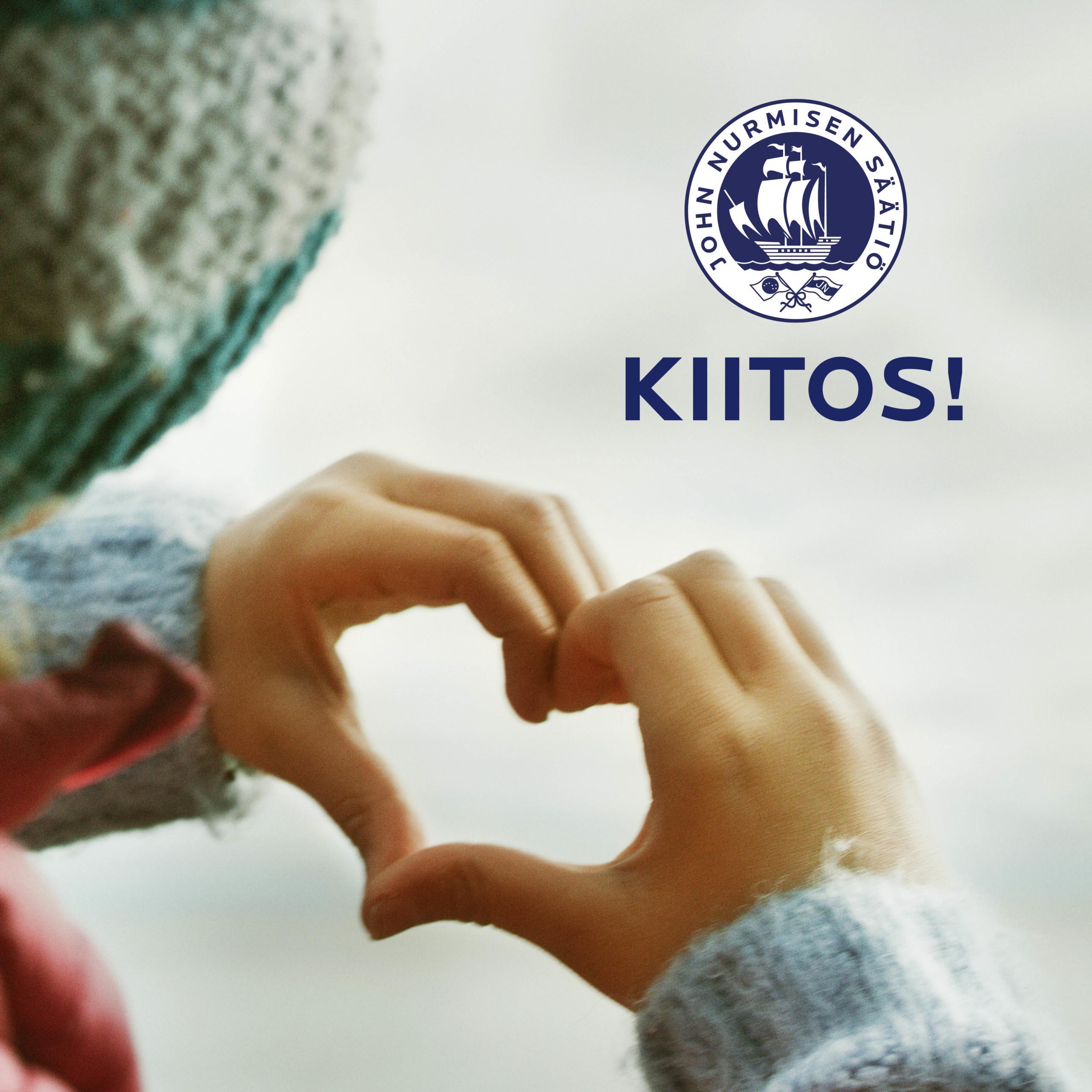 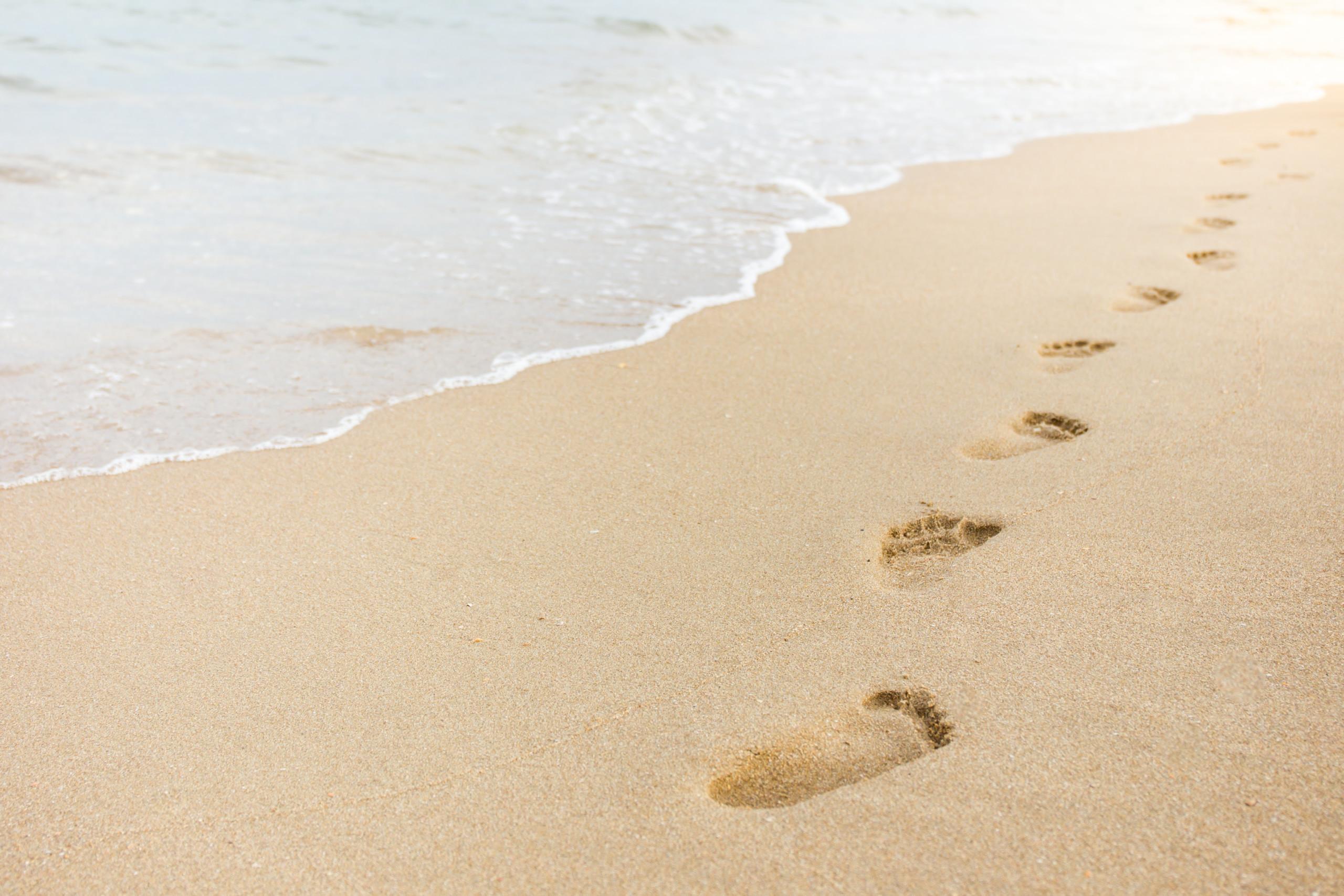 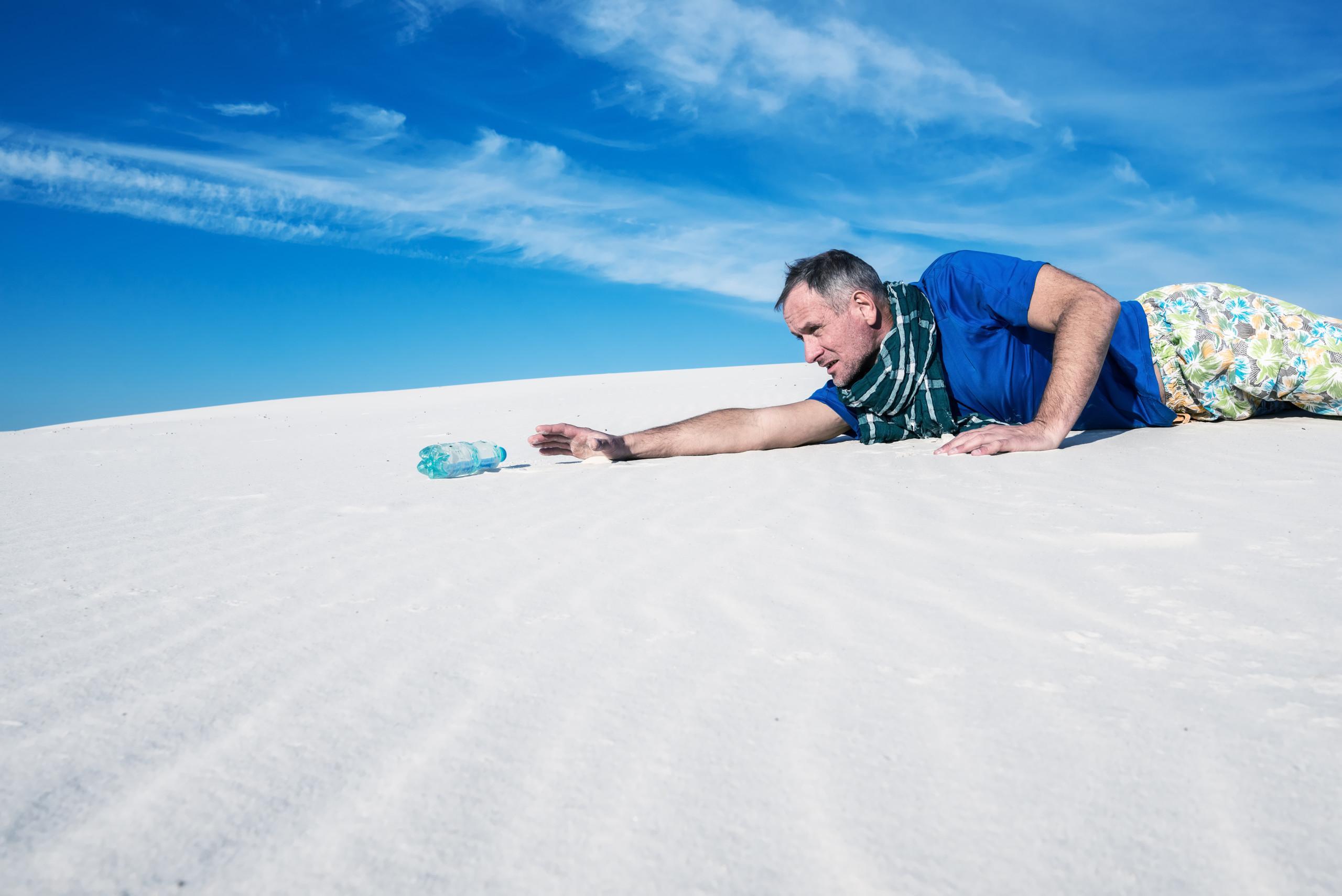 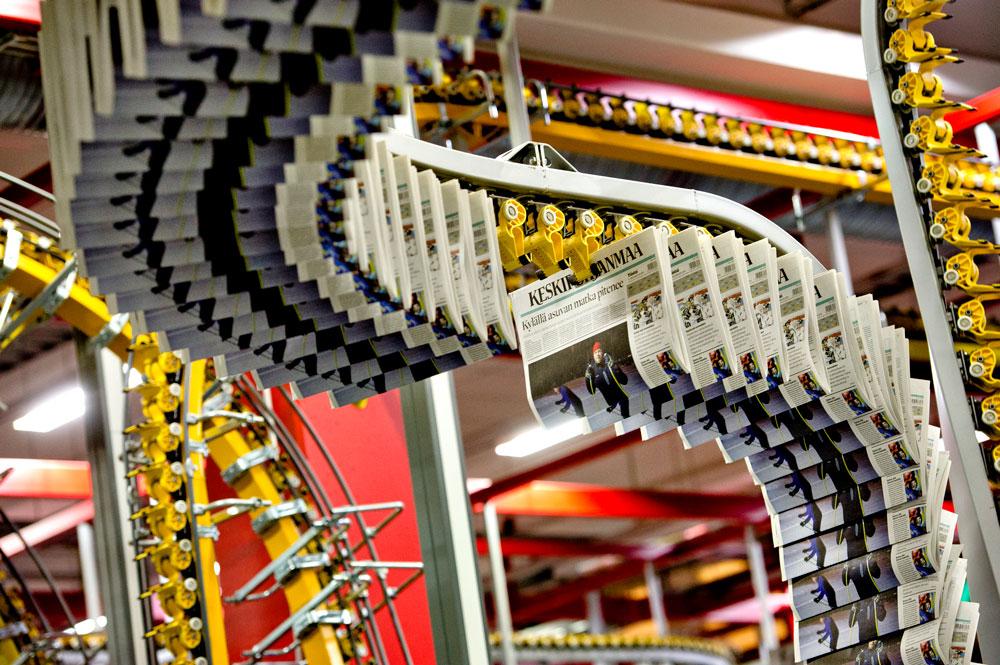 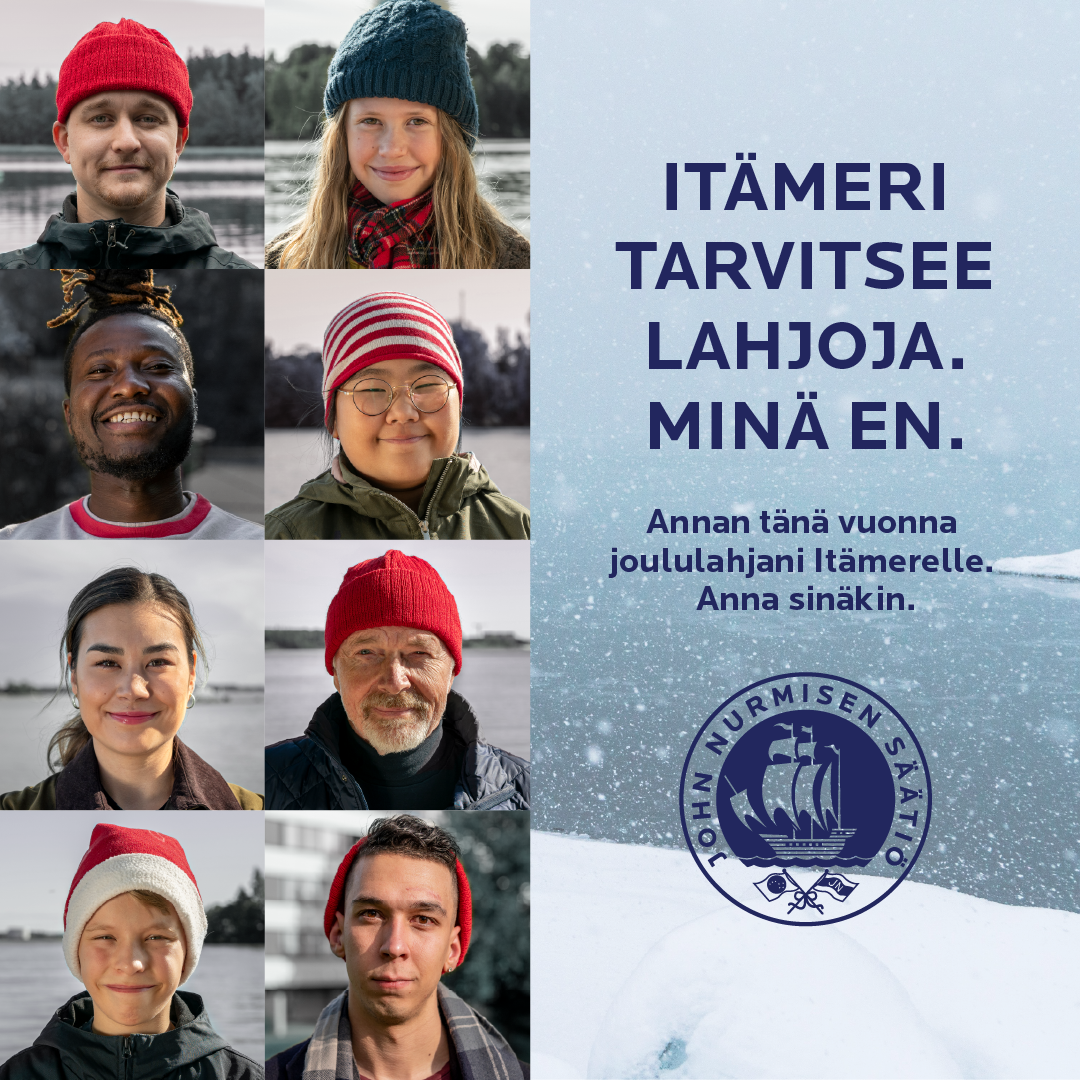 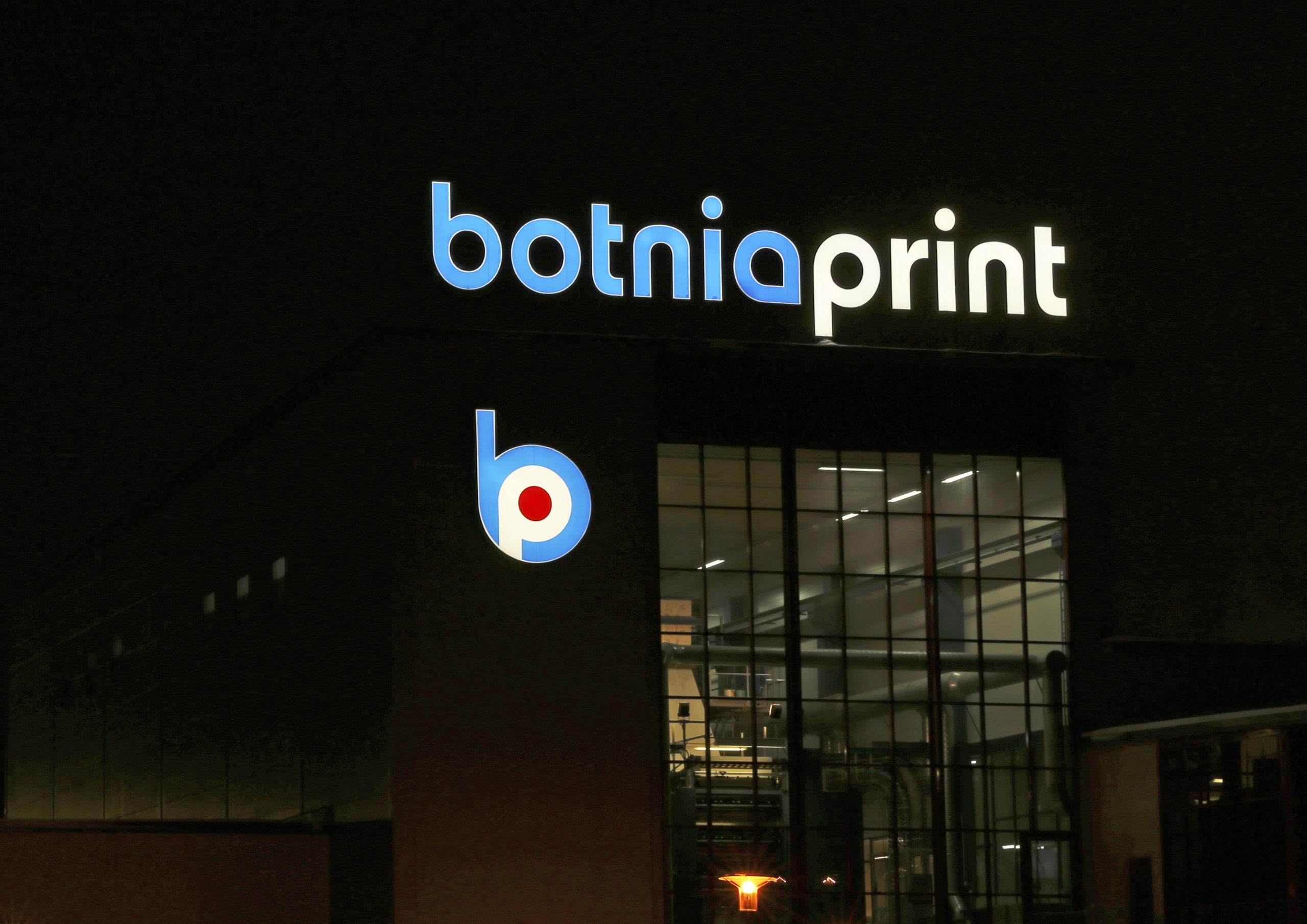 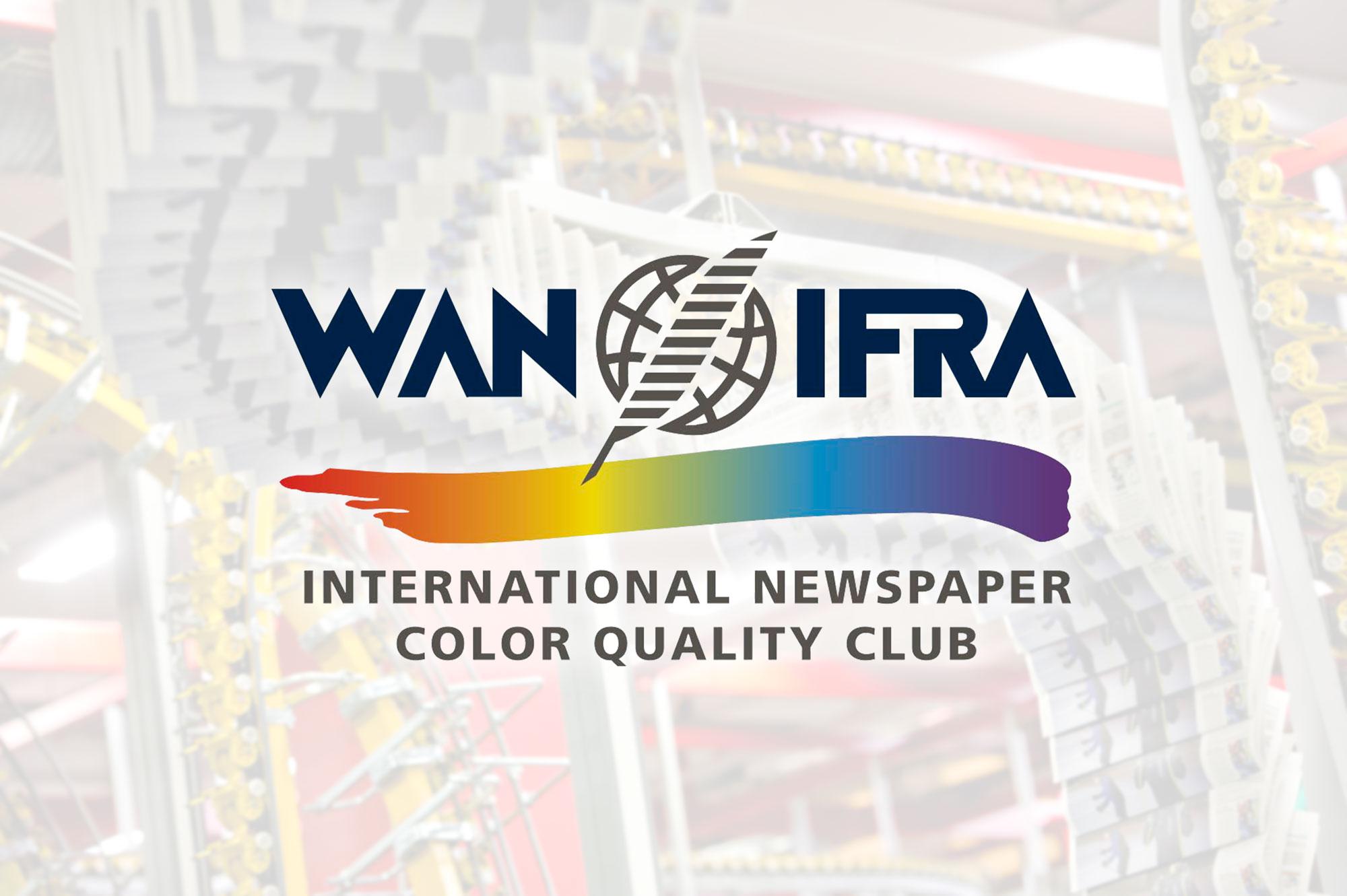 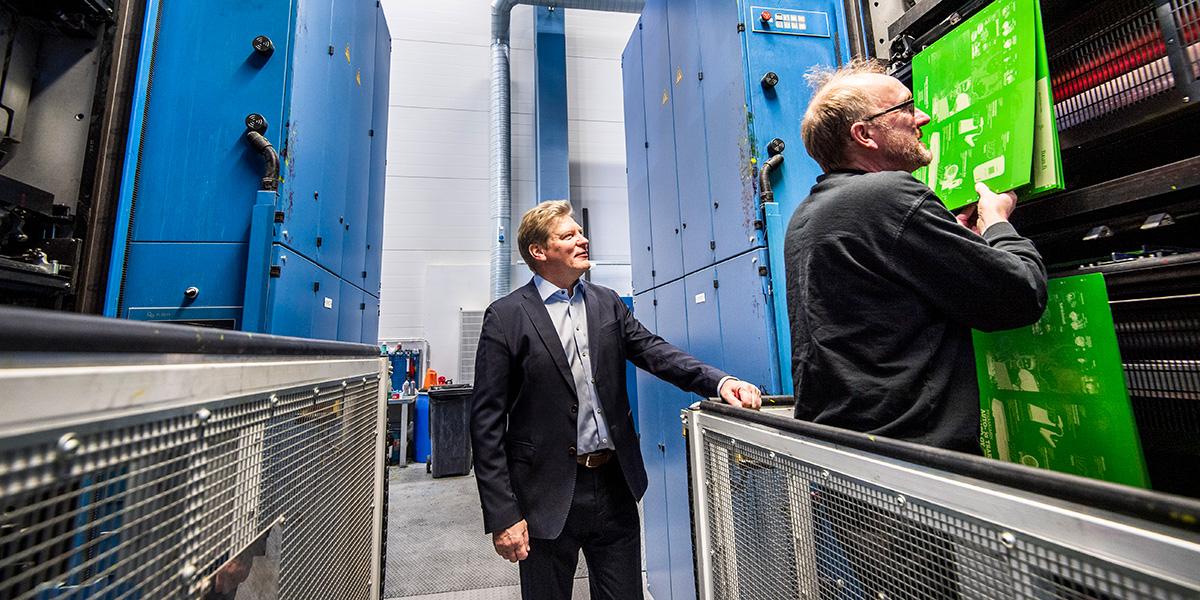 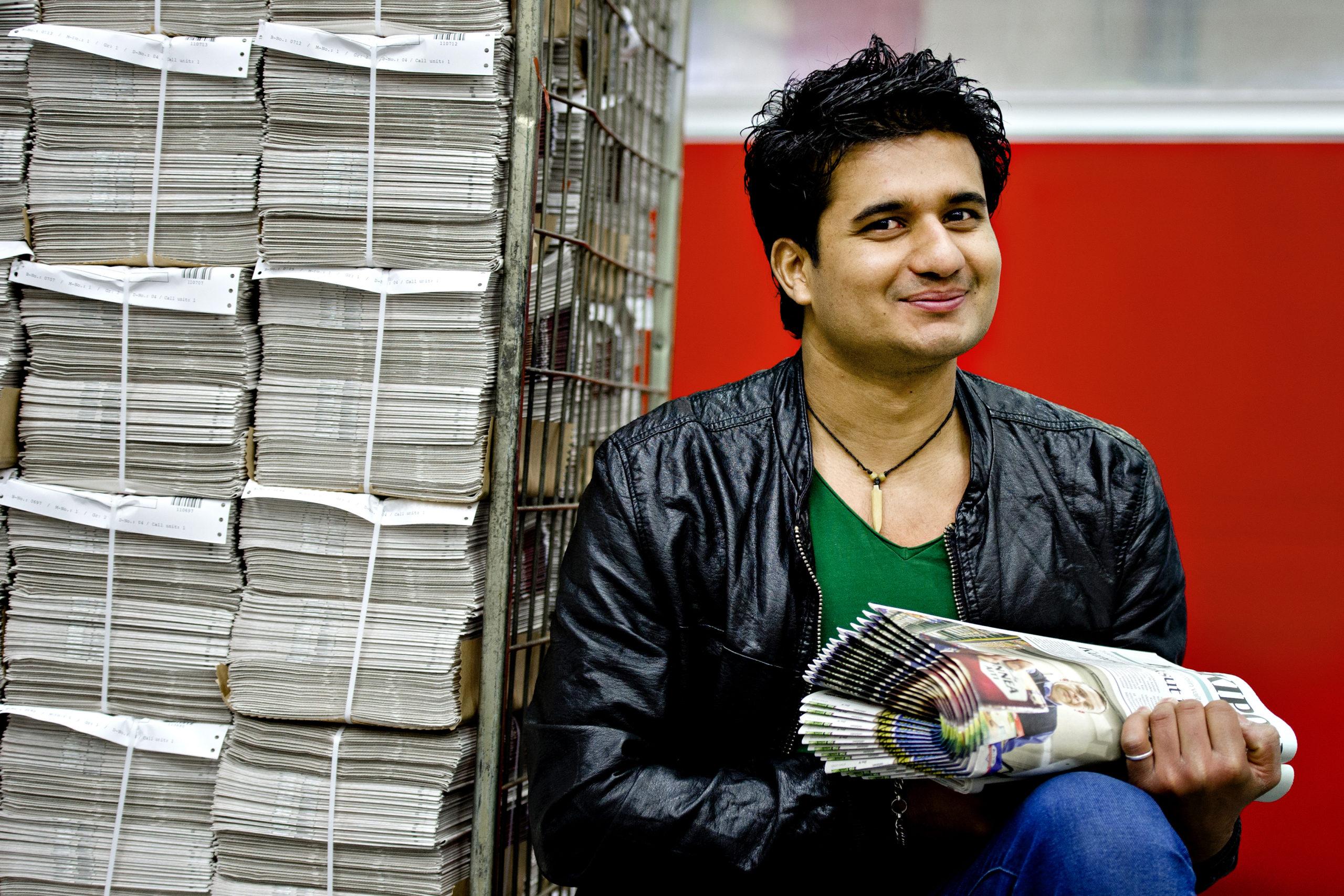 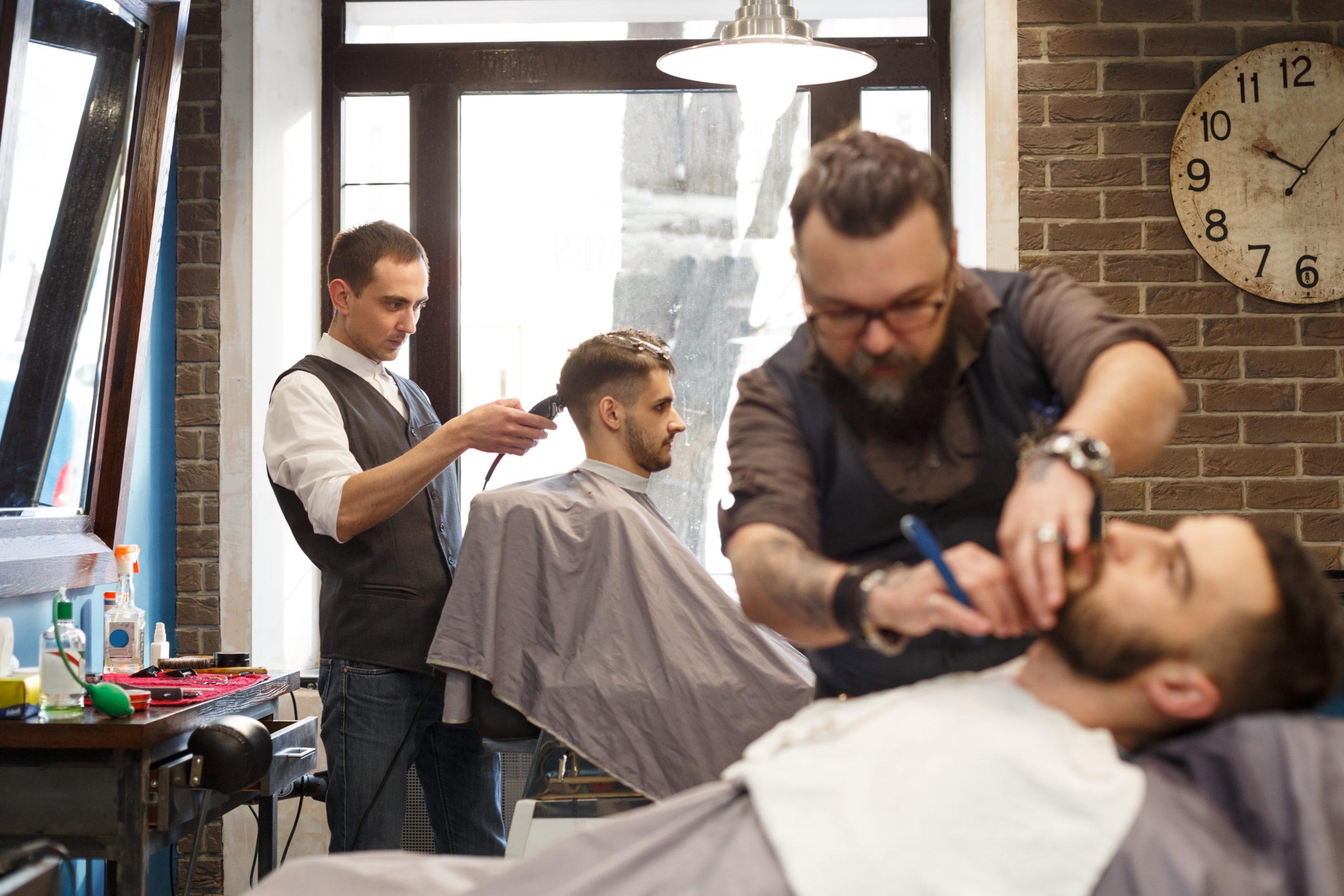 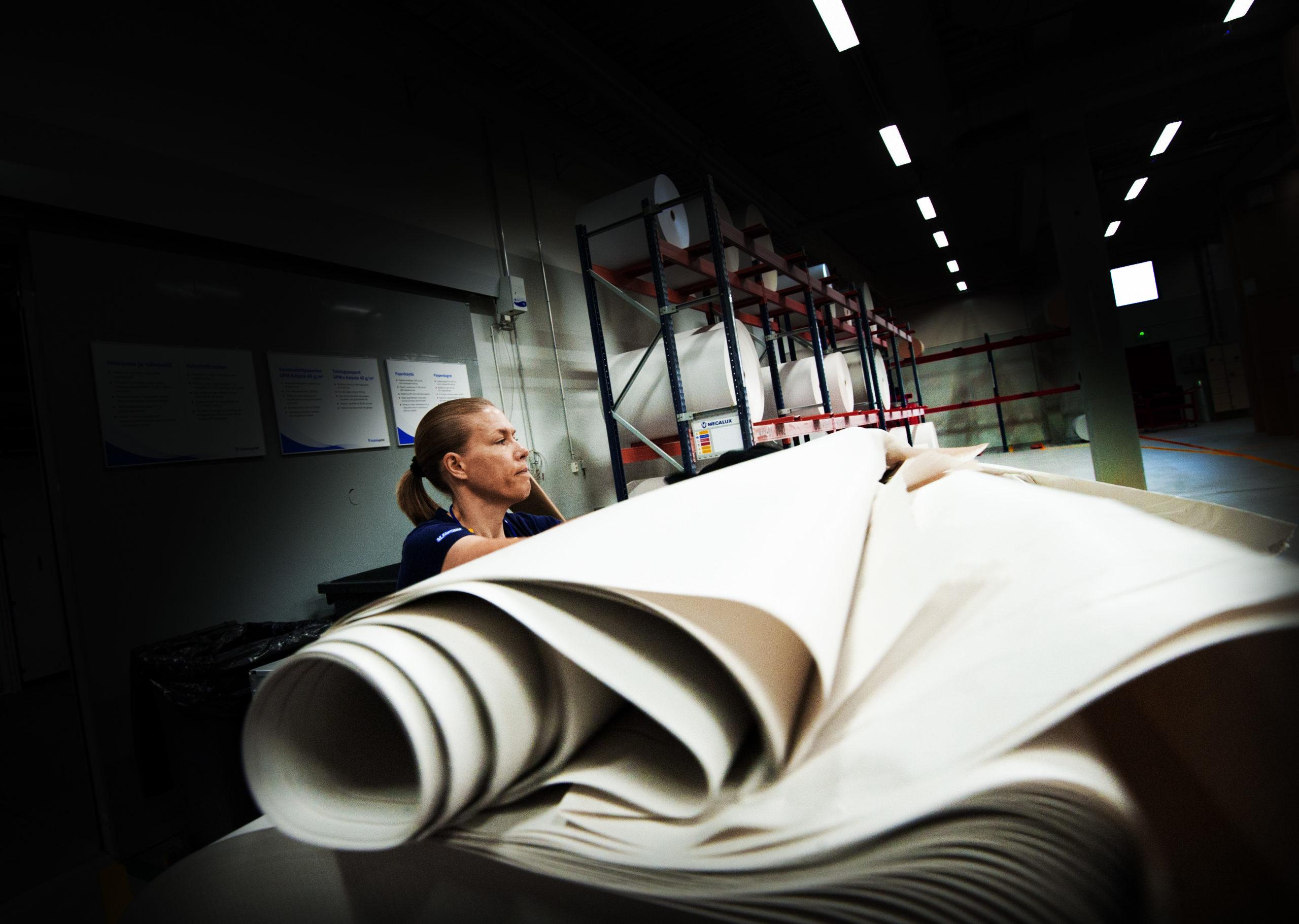 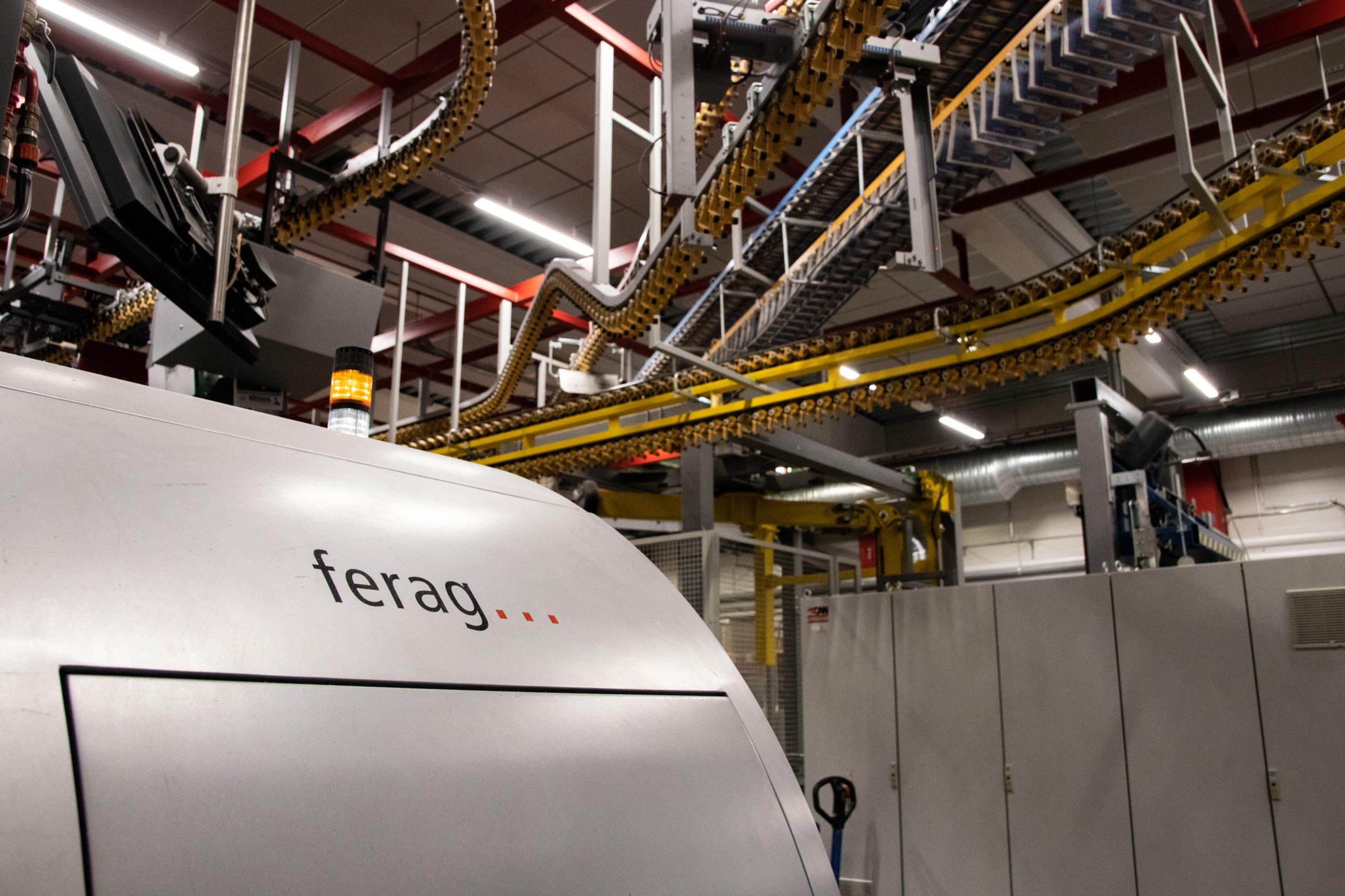 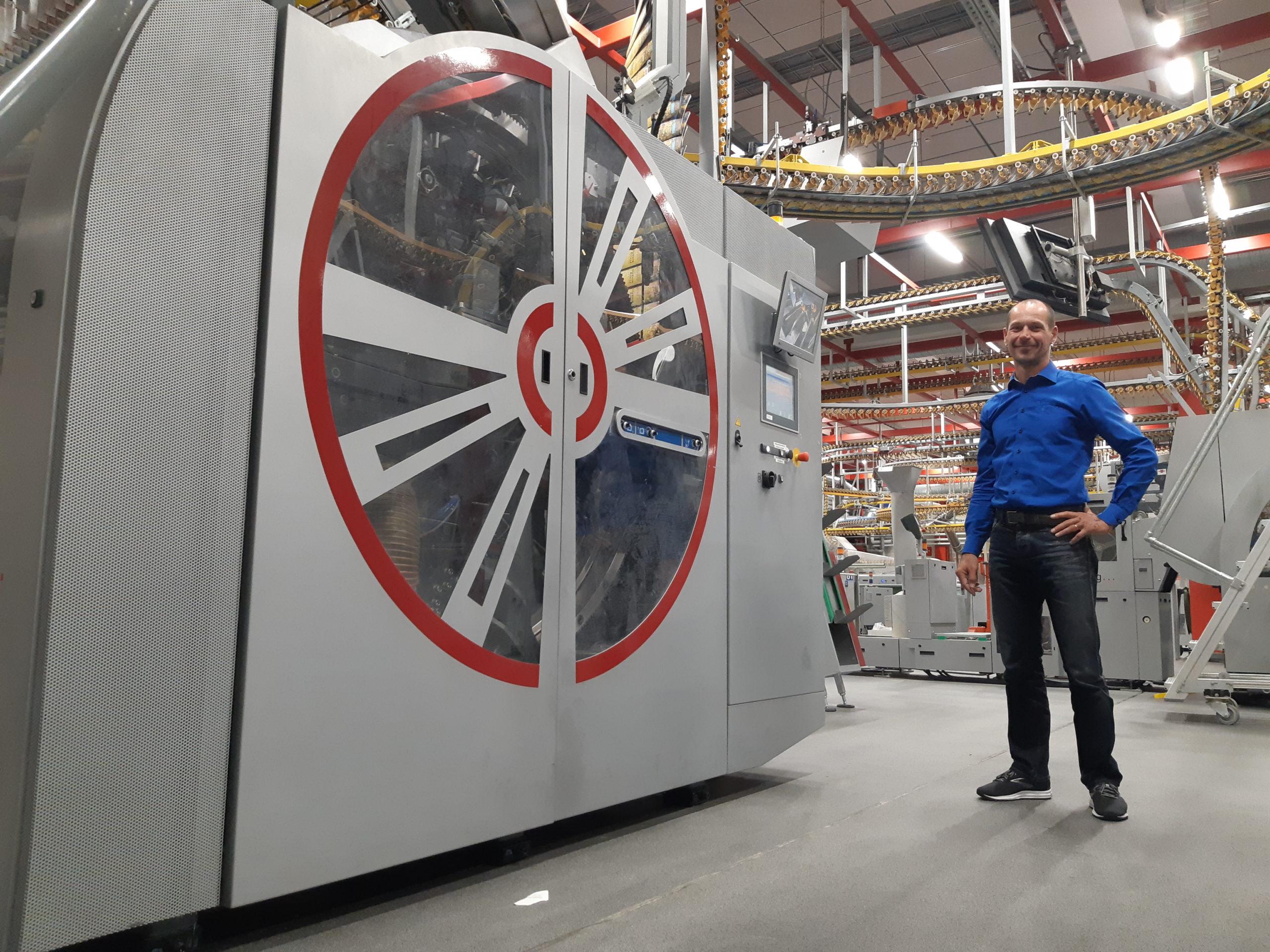 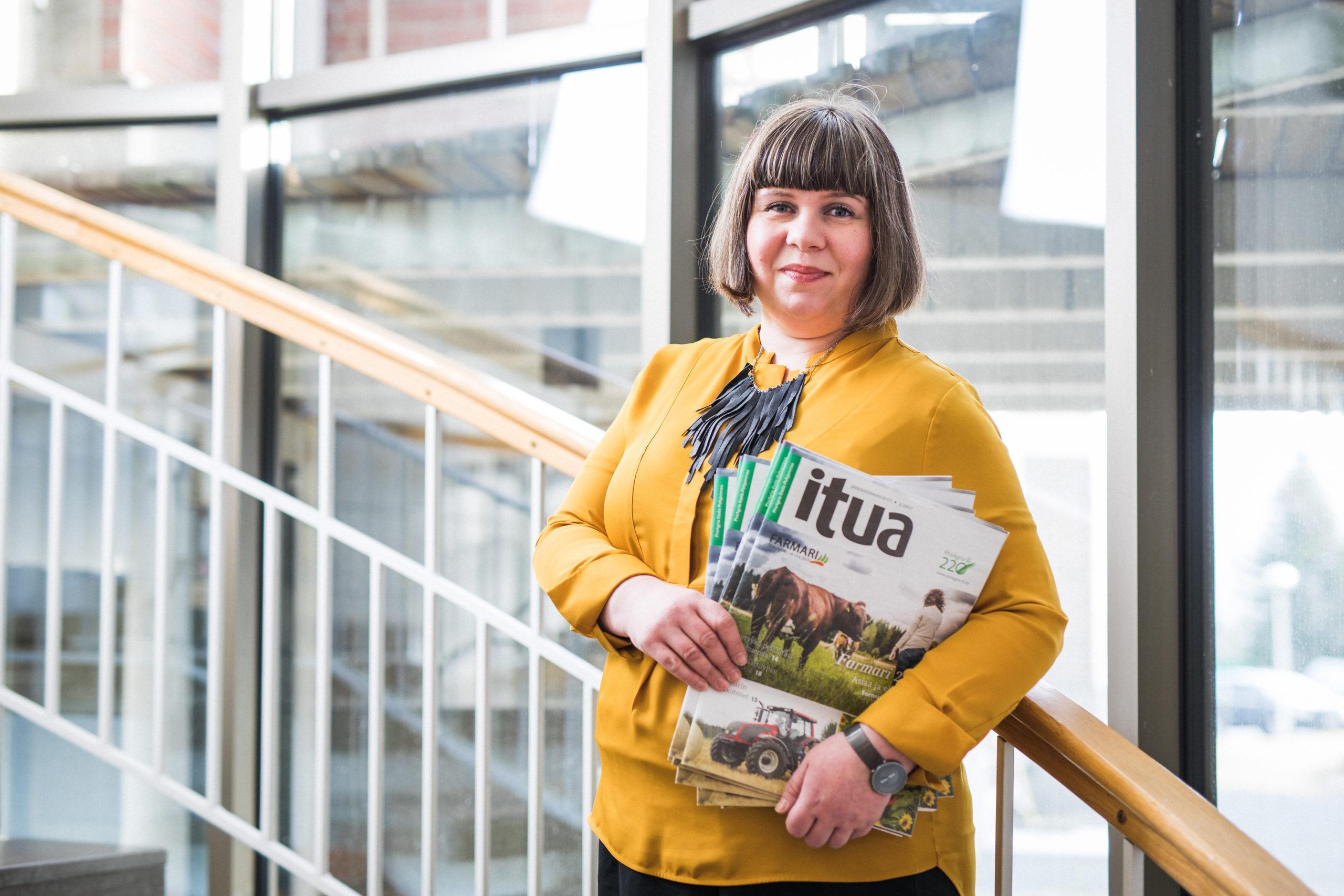 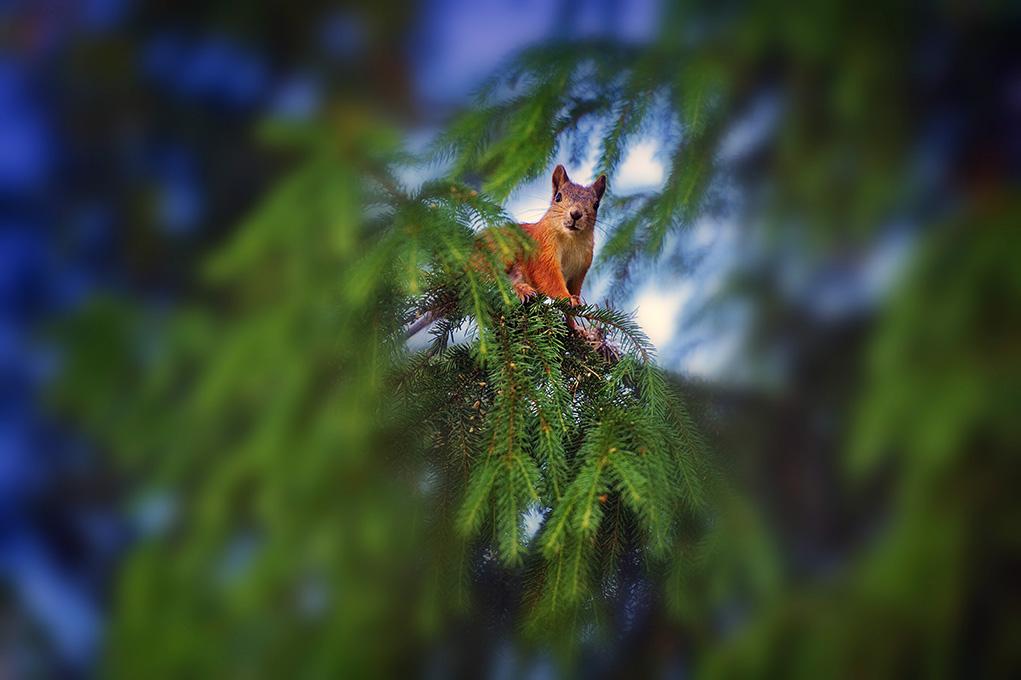 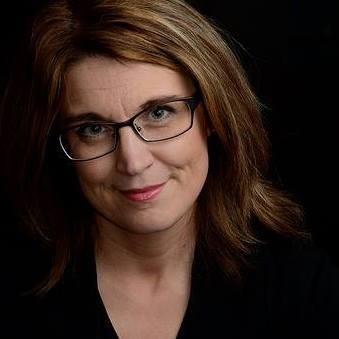 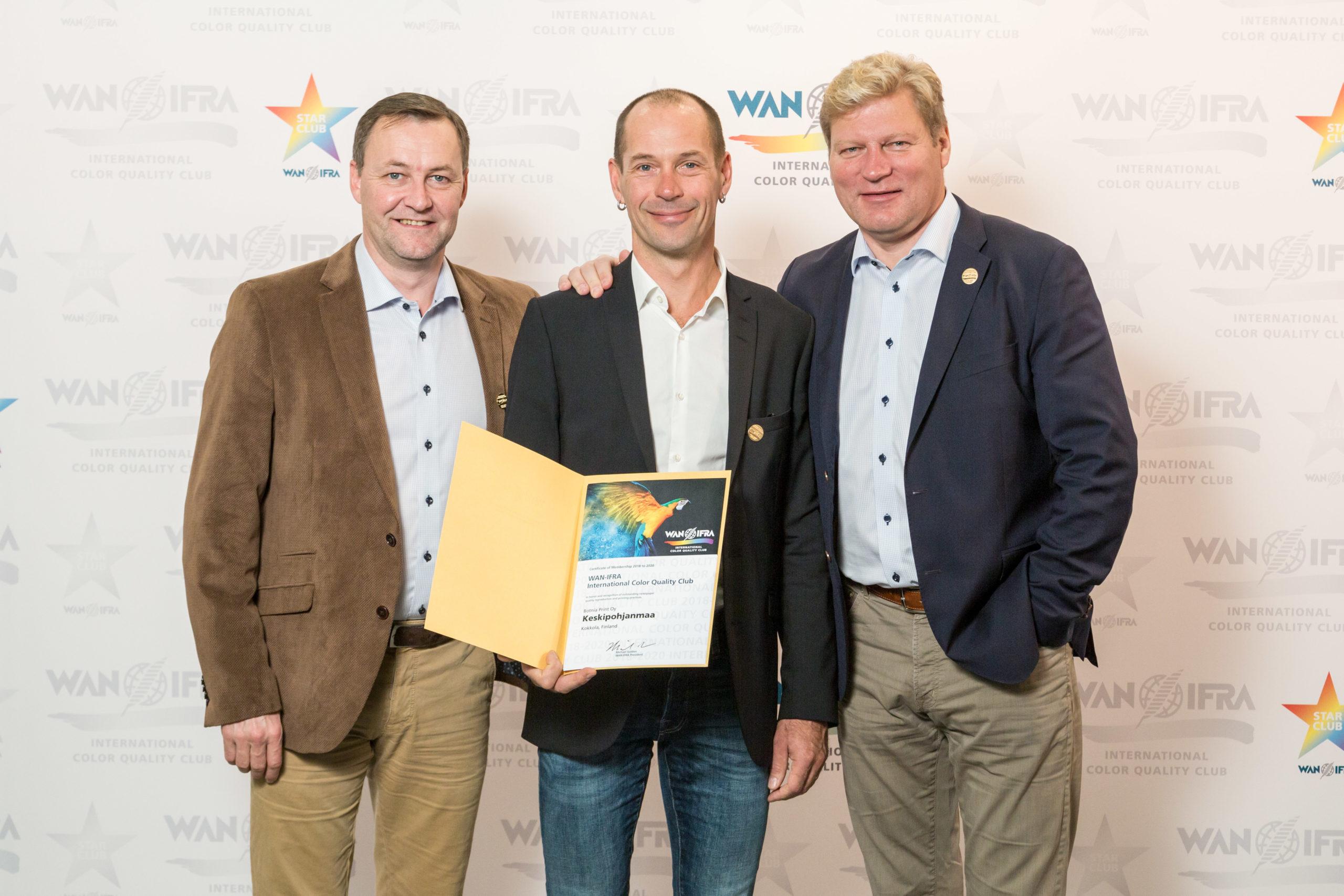 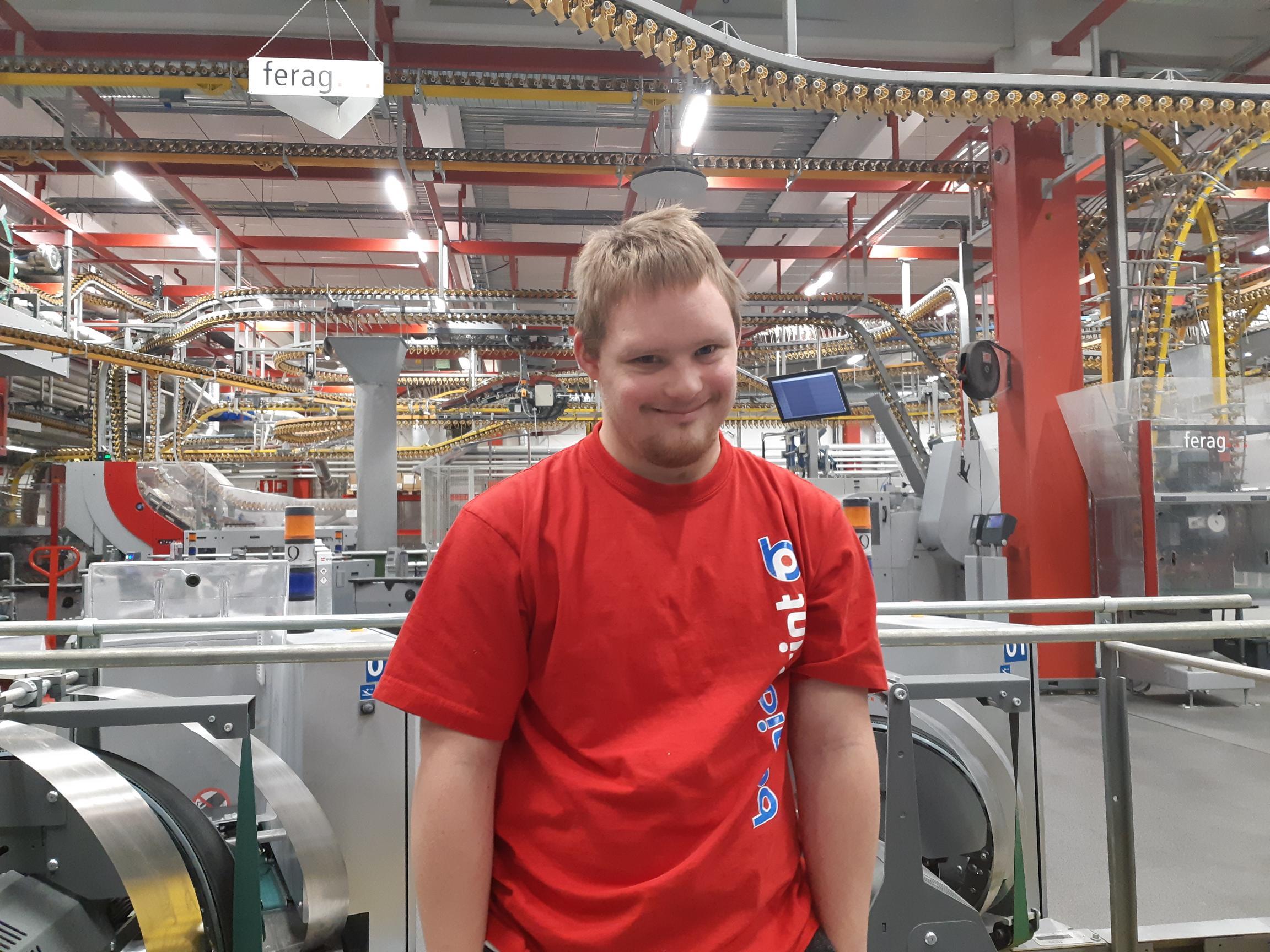 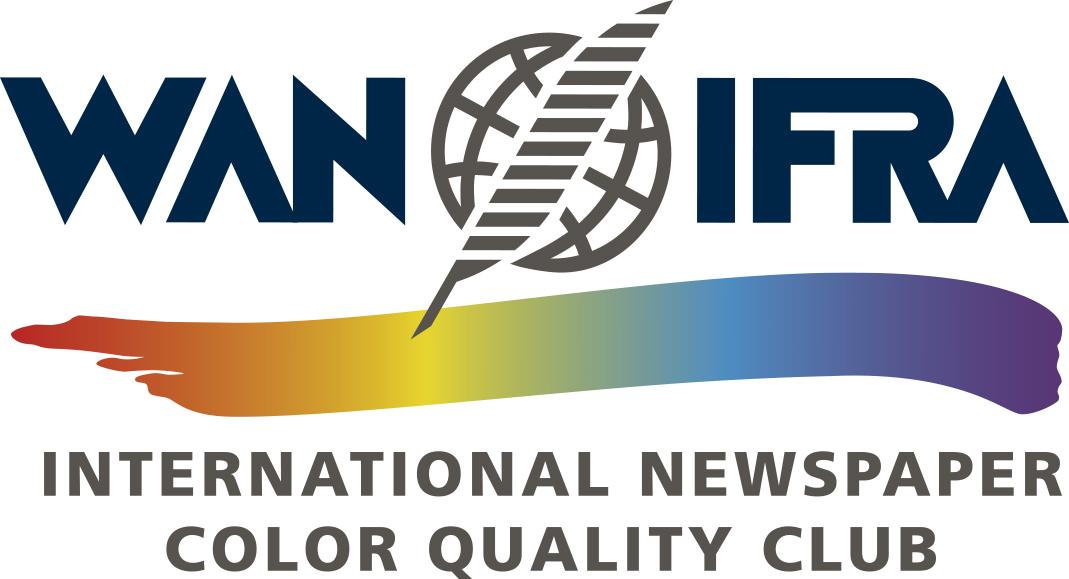 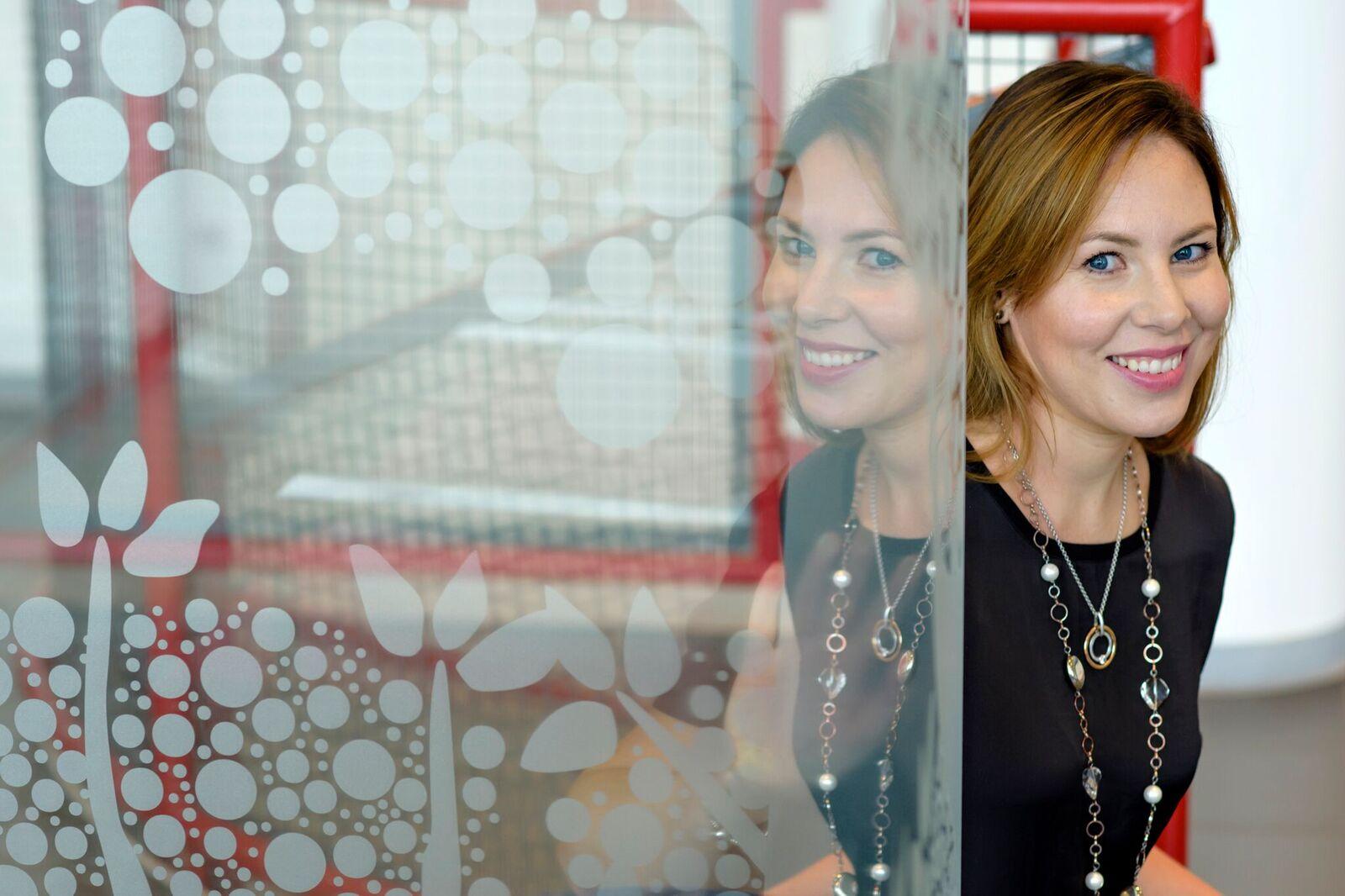 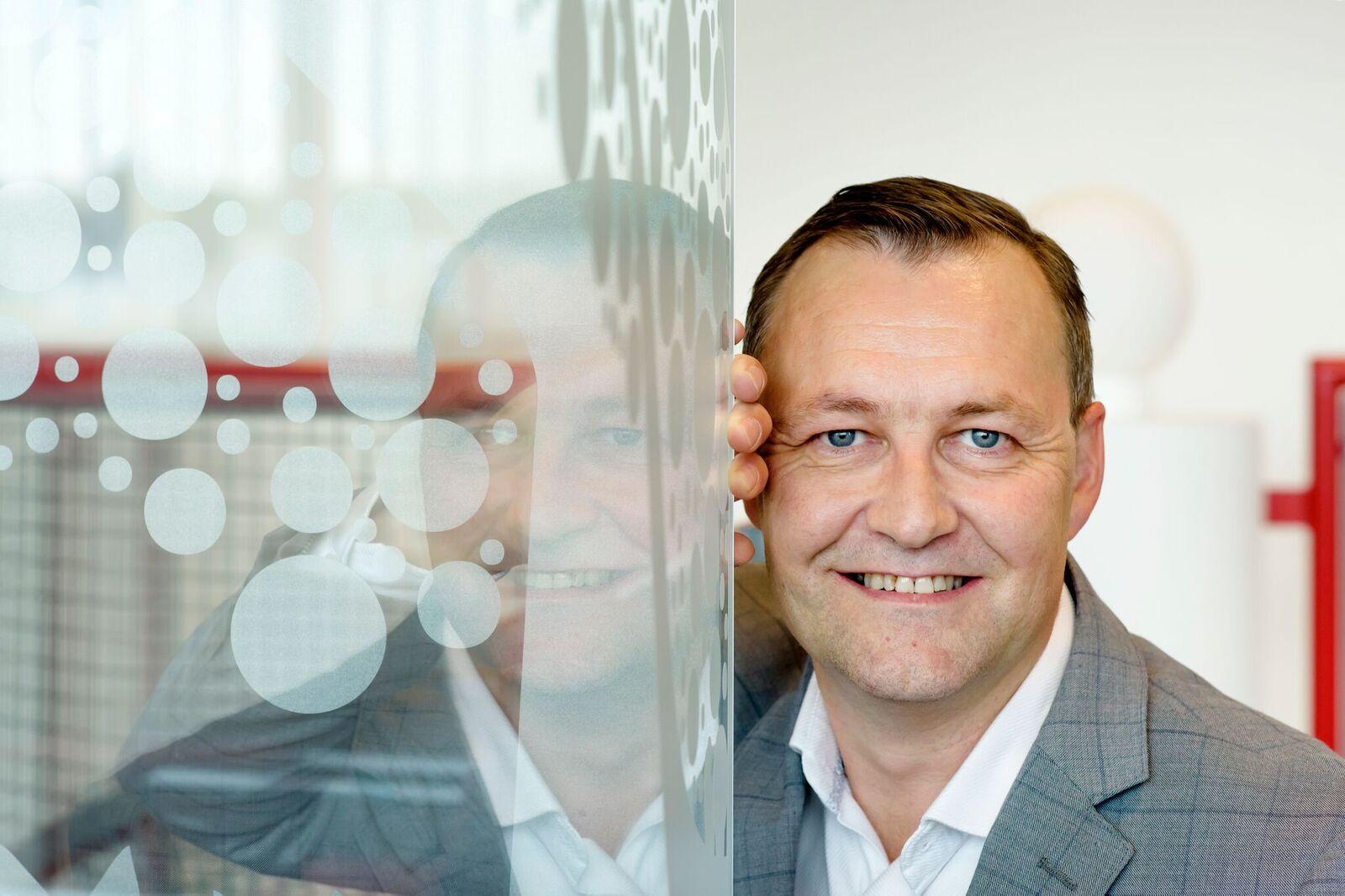